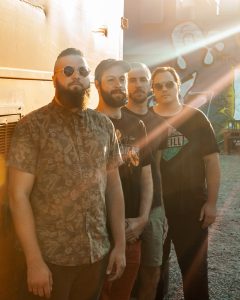 Formed in 2016 in Chico, California; Citysick is Kaleb Sievers, David Hollenbeck, Kevin Ristow and Conner Lewis. Breaking into the scene with their early 2017 release “Thanks For Trying”, the band followed up with their second EP “Get Better” later the same year.

Having since embarked on multiple west coast tours, earning accolades in the Northern California region, the group aims towards new heights with their first full-album release, “Give Back The Love You’ve Borrowed” a heartfelt work of music that reminds listeners that it’s okay to not have the answers as you grow older, and sometimes the only way to resolve the burdens that plague you is to look inward and grow.